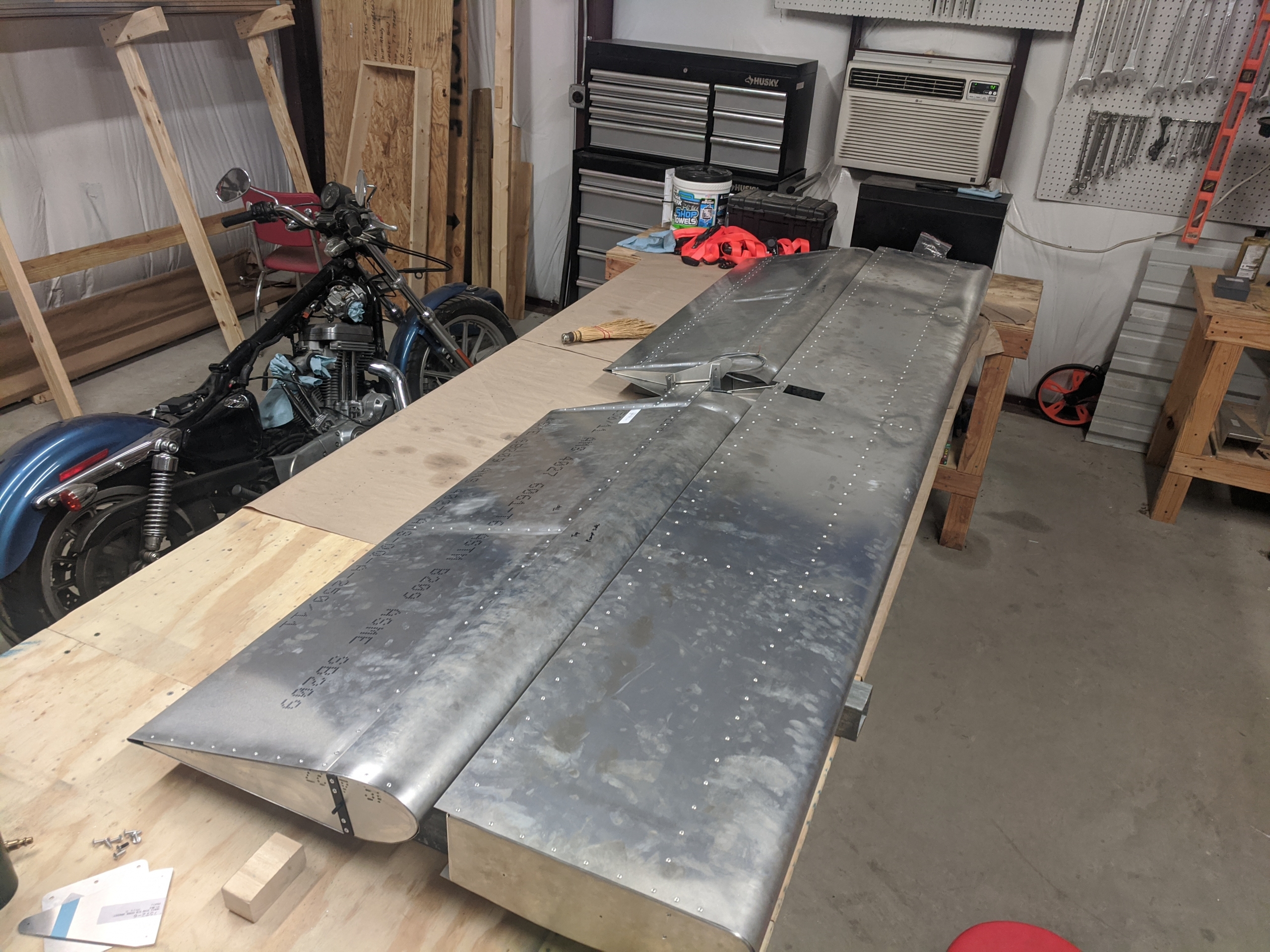 I’d picked up the empennage, slats, and flaps — a whole crate of parts — in a kamikaze run to San Antonio April 1st. Governor Abbott had declared a statewide pseudo-shutdown a few days before. I simply could not handle my parts being “mothballed” in a warehouse for a month. I mean, that would seriously ruin my schedule, mang.

In fact I finished the horizontal stabilizer on April 19th — right on schedule:

But the elevator which I started on April 22nd … well … I just now “finished” the elevator today. All kinds of delays happened: vacations, disruptions, outrage. The elevator though was the most interesting piece of the empennage. I took my time. A LOT OF TIME. In the end I learned about wiring and installing nut plates. I had to ask Roger at Zenith about a factory produced part issue. It took a lot of AC 43.13 review to figure out how to get the right pieces for the wiring and the inspection plate. Only once I briefly anguished: Why is this taking so long? What about my schedule???

But I realized: Rushing just prevents me from learning what I want to be learning. And from wiring (techniques, tools, materials) to appropriate ways of creating easily removable cover / inspection plates I sat down and did the fundamentals first. Voila:

But it’s not 100% — they’re still not connected, still material to remove from the elevator to clear the rear mount plate on the stabilizer.

I loves it though. I really loves it.