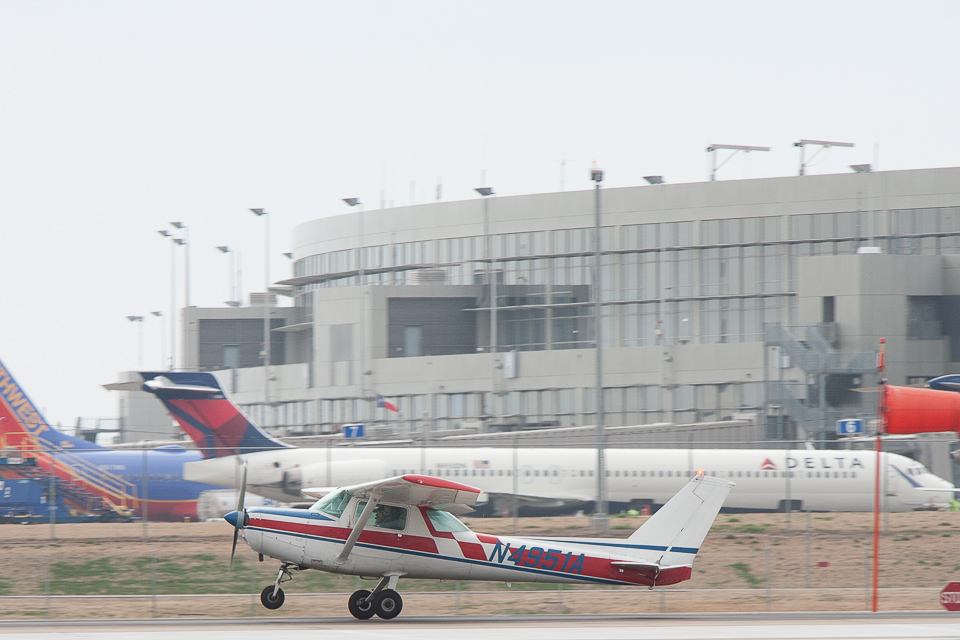 It must be some kind of weird curse — random in your face reality when you decide to do something that has more element of risk to it than just sitting on a couch watching TV.

Like, why was it that whenever I got interested in flying and then did something about it was I abruptly confronted with “The Bad”?

What kind of bad?

The day I found my Corvair core at John’s Salvage, I also saw a crumpled Pietenpol Sky Scout at the far end of a grass runway.

Pietenpol Sky Scouts are one-holers. Made out of wood and fabric, dope and wire. I thought: When all of those wooden sticks break into spears in a crash, suddenly moving at 60 mph relative to the pilot — where do they all go? I pictured the pilot clutching at a wooden spike straight through his heart, blood spurting everywhere, all over the wreckage, himself, and his mighty fine vintage flight suit. What good is a dashing mustache, leather hat, and goggles when you get a stake through your heart?

I had wondered aloud to a fellow pilot at the Kingsbury Aerodrome — where the crash happened — why it hadn’t burst into flames.

“No ignition source. A Model A engine has no electric ignition.”

I stared at him and thought, well, have you ever poured gasoline onto a hot exhaust pipe? It was one of those moments where you think it but don’t say it. There was no fire because the gas didn’t spill out everywhere. It didn’t burst out of the tank and spray all over the wreckage as it used to do in race car crashes, where it would fireball into screams.

I didn’t know what went wrong. The FAA said that the pilot didn’t know what went wrong. The preliminary NTSB report specified no particular cause. It said that the engine had quit. End of story. It quit — and the pilot either spun in or crashed landed into a tree line. Brave. Alive. Very lucky. In the moment of truth he apparently pointed the nose down.

So that was the latest curse: The Pietenpol crash. And it happened on the same day I’d taken my first steps back into aviation after 10 years adrift.

The first curse happened on my first flight, the so-called “discovery flight”. The discovery flight is a marketing ploy for aviation; for $59 find out what it’s like to fly! So on this flight, the appetizer if you will — my very first taste of flight — I got a real mouthful.

We flew for over an hour, stopping for gas at a small airport, Lago Vista (RYW), which was situated on a lovely hilltop just outside of Austin. When we were returning to Austin Bergstrom (AUS) from Lago Vista I had started to overhear radio communications that indicated some kind of urgent situation at the Austin airport. We were just turning base leg. The radio talk was all mumbo jumbo to me. The flight instructor was handling radio communications. Things were happening fast. I mean, for God’s sake, this was my very first flight. I couldn’t handle the radio, let alone an emergency. But I was flying the plane.

I said to the flight instructor: “What was that? What did the tower just say???”

“Well,” the flight instructor said calmly, “There’s a plane coming in with an engine out, over there on three five right — and they’ve deployed fire trucks just in case.”

She pointed out to starboard, “There. Do you see them?”

I didn’t see anything she was talking about. An emergency? Really?

What I saw was a runway rising up at us. It was vaguely like I’d experienced in the MS Flight Simulator I’d spent hundreds of hours playing on my laptop computer at home. But now it was the real thing. And it was relentless. There was no “pause” button on the keyboard. I couldn’t go get another beer from the fridge or talk on the phone.

I focused on establishing a stable glide path back down to earth. The instructor was still letting me fly the plane. “You’ve got this,” she said. “You’re doing fine.” I kept glancing out the starboard side, past her, and when we were at about 500 ft AGL I saw a twin engine aircraft rocketing toward the parallel runway at an extremely low approach angle.  My instructor saw them too.

“There they are!” she said.

The plane had one prop windmilling; I’ve never seen such a low and fast approach. The fire trucks were stationed, lights flashing. What was going to happen? I didn’t have time to find out, because runway three five left, 9000 odd feet long, was now dominating the view. It was a runway designed for B52 bombers and C130 Fireships. It was BIG.

When our little Cessna 152 Aerobat was about 20 feet above the runway I said “Do you think maybe you could make sure I don’t crash us?” She laughed. “No worries,” she said, “you’re still doing fine.” 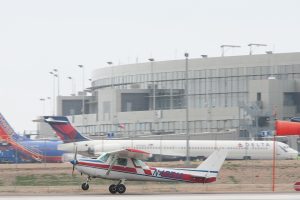 Just before stalling onto the runway I asked her to take over “Don’t worry,” she said, “I’ve got my pinky finger on the yoke.” Within two or three seconds the plane touched down, and I breathed again. I was soaked with sweat, fists clenched around the yoke, knuckles white, dry mouth, and probably not smelling very good. I realized later that I must have been a little scared.

But by God for the first 45 minutes of the flight I’d been Mr Balls. All Balls! Yes — yes I’d taken off from Austin and done VOR nav out to Lago Vista (I got this — I’m Mr Balls!!!). And flying back over downtown Austin it was like, wow, I AM the Pilot In Command! I wasn’t thinking about how the instructor had landed and taken off in a 15 knot gusty crosswind out at Lago Vista. I would have crashed us on that little runway, there and then. Smashed into pieces. Instead … I was an utterly delusional MR BALLS!!!

Everything had just worked. My flight instructor sat next to me, rather impassive, maybe smirking a little.

Taxiing to the ramp, my faux balls swelled up yet again: “How much of that landing did I do myself?” I asked.

YES! I thought. All that simulator practice had paid off. Microsoft Flight Simulator had taught me how to fly! I’d gotten to take off, do VOR, fly into a pattern (like, twice!); I’d flown the crosswind, the downwind, the base. And the final approach to a pretty smooth landing. I was like: “Dude, I have SO got this.”

But I was wrong. I was ALL wrong. A curse is a wagging finger, a crooked smile — a warning. And soon enough I’d see.