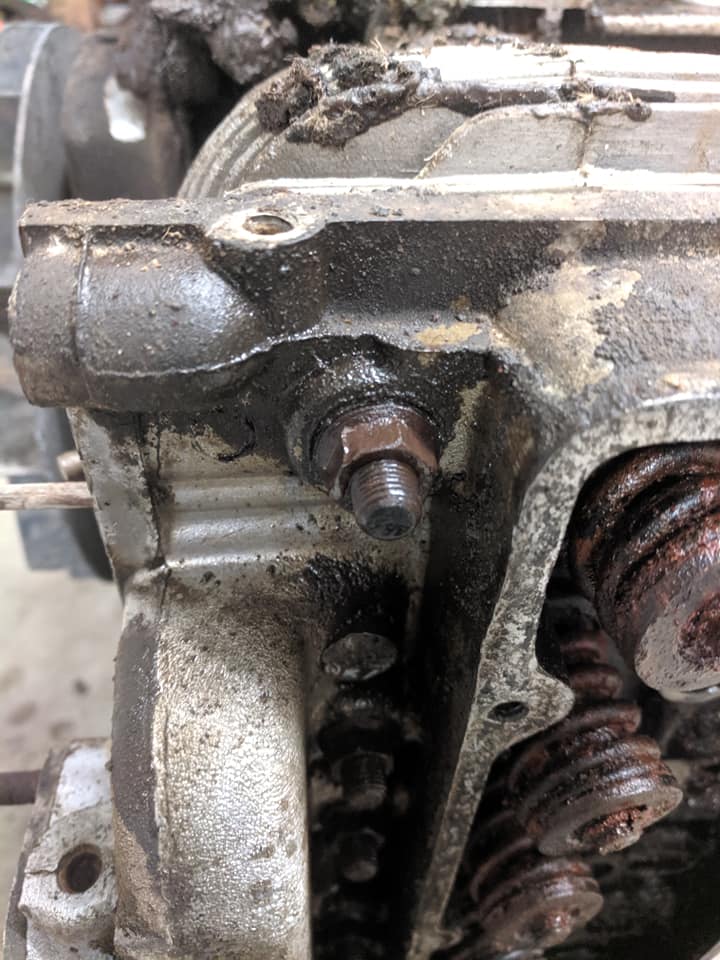 It was a tough Corvair core. At one time I’d had three, but I’d sold them for a pittance. The first one I’d disassembled came apart with relative ease, almost as though it had been pulled from a running car for an overhaul. I had reasons:

I sold the Corvair cores and moved south hundreds of miles. I spent 10 years doing other things. I was happily devoted to those other things — my causes and other people’s causes. Family things, motorcycle things, kart racing things, surfing. We got horses. We were riding. Cantering on a fast horse sets the heart free. As a birthday present for my wife, we flew to Scotland, to the Eastern Highlands. Parts of The Queen and Outlander were filmed there. It was during that ride through the Scottish Highlands — for 6 days and 135 miles — where I found myself being again. It just clicked. Nothing had been wasted those 10 years. It was all good. But I needed to focus inward again. I was used up, outwardly. I had to reject the incessant and ruinous buying of shit from Amazon. Reject the consumerism that was rotting the core of my person. Stop drinking every night. It was time to do the work. And I give thanks to my wife, my borrowed highland pony ‘Maverick’, and 135 miles of walking, trotting, and cantering. The scenery was absolutely breathtaking — riding past farm, over hill, dale, past castles, barley waving in the wind, through rainstorm chill, whipping winds, distilleries, ruins, through the Queen’s own estate of Balmoral; crossing river and stream on horseback, staying the night at The House on the Mark. Sitting in Prince Harry’s own chair at dinner. Looking at a red mailbox said to have been used by a prince to beg a woman’s forgiveness. Without even realizing, it was a decision made without actually deciding. Back in the US, it was a simple announcement in bed: “I’m going to build my plane.”

But my wife saw what it meant. She had horses. I supported her horses. I wanted flight — she could bring herself. Barely. Maybe. Building and flying — it scared her. One day she just looked over at me and said “Okay, fine. Do it. Build your airplane. But if you get killed I will haunt your ass. I will track you down and make you suffer. God will help me find you.”

Suddenly at night dreams were blasting through my brain as if I were 20 years old again. Crazy dreams having nothing to do with flying, building, or sometimes anything I could make any sense out of at all. But I’d wake up feeling like I was going to be able to conquer the world. Fire, metal, saws, wood. And a Corvair engine core: 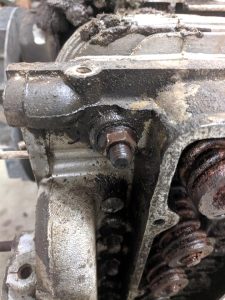 Pounding in the right places with this stuff: 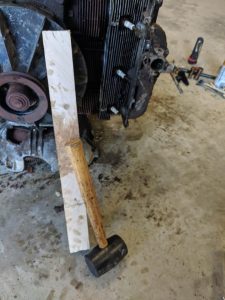 Leading to this stuff: 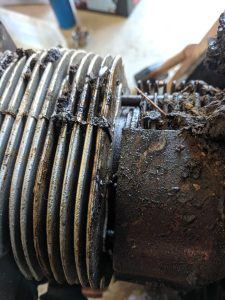 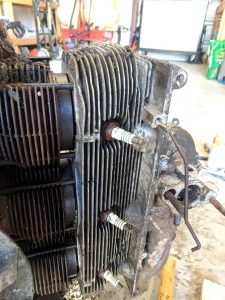 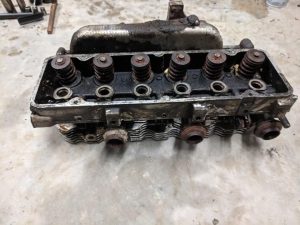 Disassembly details for a flight engine conversion can (and should) be found here.