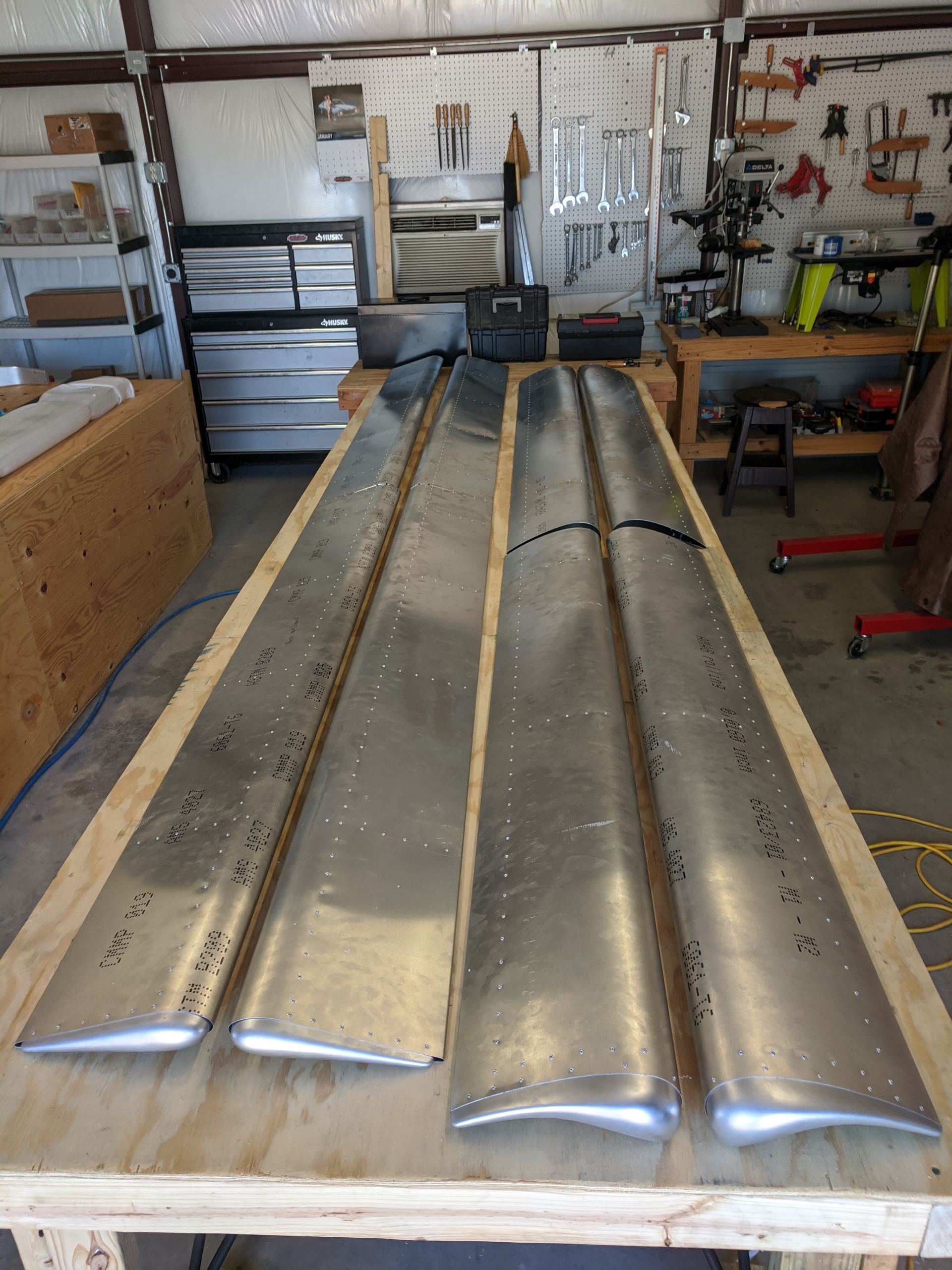 Building even a simple airplane is a tremendously daunting challenge. Just contemplating such an endeavor the builder can imagine a host of his friends and family raising their eyebrows in a suspicious frown as they rhetorically ask: “Who DOES that?”

To those unfamiliar this may seem a stretch: Building a plane is a kind of personal moonshot. There are certainly parallels. The odds are strongly against success: Nearly 90% of aircraft building projects are never completed. People conclude after drilling and deburring the 10,000th hole that it’s a little too dry. The end seems ever as distant as when you started — if not stretched even further away because you by now palpably feel how many unending hours of your life you’ve expended on this airplane. What was exciting is now drudgery. In  the vast majority of cases the drill and the clecos and the rivet gun are replaced by a TV remote and a six pack of beer. But for a certain type of person the challenge is so compelling and the execution so thrilling, the demands of craftsmanship so high, that the builder simply can’t help themselves. It becomes an obsession and other activities begin to pale in comparison. For a scant percent of those who start building there is an actual moment when the wheels will lift off the runway and the plane becomes airborne for the first time. Shit — I actually did this.

I’ve completed my slats and flaperons. My parts rack got full enough that I had to build on an extension to hold everything. It’s a special feeling of accomplishment to fold stamped aluminum parts and pre-drilled and bent aluminum pieces and rivet them into finished assemblies. It’s a completely different proposition to pre-flight an aircraft each and every component of which is something you’ve built and assembled yourself: Wings, slats, flaperons, jury struts, elevator, rudder, engine, landing gear. All those things you touch are far more familiar, you know with certitude if everything is right or if there are exceptions that need attention.

A Slat: This is a small, specially shaped wing; it is a flattened, bent, teardrop in cross section; it is held in place by brackets within an inch or so of the main wing leading edge. What this odd fixture accomplishes is to help keep the air flowing across the surface of the main wing longer  at high angles of attack. Low pressure — or suction — at the exit space between the slat and the leading edge on the top of the wing helps keep airflow attached to the main wing at very high angles of attack. It allows a slower stall speed.

A Flaperon: On the Zenith CH750 STOL series the flaperon is a two piece affair on each wing, the outer flaperon angled slightly less than the inner flaperon. This helps ensure that a stall begins at the fuselage and works its way out toward the tip of the wing, and that means the pilot still has some control authority even as the CH750 has gotten into a well developed stall. But the flaperon also acts just like regular ailerons, flipping up on one wing and down on the opposite, causing the plane to bank and allowing it to effectively turn.

Unlike a Cessna 150, the stall in a CH750 is gentle and is associated with a lot of airframe and control stick shaking. Experiments show full opposite locked controls in a stall fail to cause the CH750 STOL to flip over into a spin — as long as the slats are on the leading edge. I’ve power-off stalled a Cessna 150 from level flight with no real turbulence, the yoke was fairly smooth, and nothing but a loud whoosh of wind as the plane fell rapidly toward the earth slightly nose down, but perfectly wings level.

Me: “What’s that weird sound!?”
Instructor: Clutches her belly and starts laughing at me incredulously.
Me: Identify stall and recover normal flight.

If you take the slats off of a CH750 STOL it will have stall characteristics more like a Cessna, meaning a hard break and possible roll out of a stall. Free fall. That has been a factor in at least one crash. ((CH750 Slats Removed)) The pilot’s son: He removed the slats to make the plane fly more like a Cessna.

The modern CNC match-drilled parts supplied by Zenith may have a minor bit of twist in them. This perturbs when you’re assembling these parts, at least a builder like me, because part of me agrees with what Werner von Braun said justifying the delay of Alan Shepard’s sub-orbital launch: “Everything must be perfect.”

Shepard disagreed with von Braun. He believed they could pull it off, but he didn’t get to call the shot. The cost of von Braun’s insistence was a Soviet PR win, since Shepard had been scheduled to go into space before Gagarin.

Builders are not in a space race with communists. If in doubt this is the way: Call the Zenith factory. I called and asked if the twist on my smaller parts was within tolerance of the parts they put together at the factory. They said yes they were. Their slat and flaperon assemblies also have a small degree of twist — the byproduct of pre-drilling the parts. I was glad I did my research by phoning home. There’s no reason to guess.

Shepard was well-known for never trying anything he wasn’t absolutely certain he could pull off in flight.  He always put in a substantial amount of homework and analysis about any maneuver or test that he would try to do in one of the experimental jets he was responsible for testing. It was his job to make sure the Navy didn’t get junk aircraft. He applied the same methodology to the Freedom 7 sub-orbital space mission. I decided that it is probably better for a builder like me to stick closer to Shepard’s attitude than von Braun’s. The conventional builder wisdom is that absolute perfection is the enemy of completion. I don’t need perfection. I just need airworthy.